SFPs can be divided into several different types depending on the type of signal (electrical or optical), mode (SM or MM fiber), data transfer rate (FE, GE, 10 GE, etc.), encapsulation types (SFP, eSFP, SFP+, XFP, QSFP, OSFP, etc.), etc. There are a number of different standards that are supported by SFP. These are PON, Ethernet, SONET, Fiber Channel, etc.

A large number of devices today have slots for SFPs, such as routers, switches, servers, storages, OLTs, ONUs, and many others. In the next figure, we can see an example of SFP – Huawei GPON-OLT-CLASS C++. 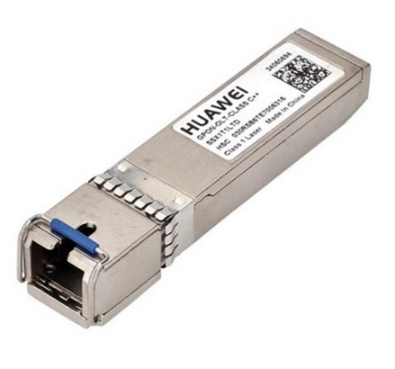 SFP+ is an abbreviation of Enhanced Small Form Factor Pluggable. It is a hot-swappable transceiver, which is an improved version of the SFP module. On May 9, 2006, the SFP+ specification was published. Three years later, SFP+ version 4.1 was released.

This type of SFP module enables data transmission speeds of up to 16 Gbps. By using optical cables with SM optical fibers and WDM technology, it is possible to provide links up to 80 km. The next figure shows examples of SFP+ – SFP+ 10G WDM BIDI 1270/1330NM 20KM 2PCS LC. 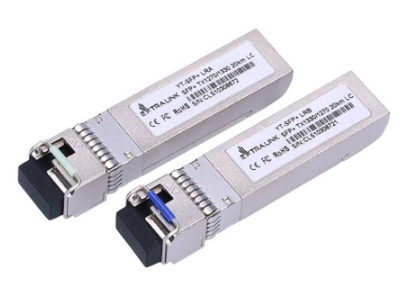 In the next table, we can see the main and most important difference between SFP and SFP+.

This is the end of this article. I hope you learned something new!

How to replace the QSFP28 optical module

Precautions 1. For some boards, a converter needs to be installed on each QSFP28 optical module. The converter and the... read more

How to check if interconnected optical ports cannot go up?

1. Checking the Optical Module Type Log in to the switch through Telnet or console port to check the... read more

Hello, everyone! In today's article, I will explain the difference between the RJ45 port and the SFP port. Sounds interesting,... read more

Hello everyone! There are a number of different SM fiber optic standards. In today's article, I will explain the G.652,... read more