Before we introduce BRAS in detail, let’s start with the general relationship between networks to facilitate a more in-depth understanding. The transport network is the base of our entire communication network, responsible for connecting home users, government and enterprise users and data centers everywhere. It is also the backbone of the Internet. The entire transmission network, respectively, is the backbone network and the metropolitan network. The backbone network is further divided into national backbone network and provincial backbone network. Metropolitan Area Network (MAN) is the communication network within a single city (abbreviated as MAN, Metropolitan Area Network). MAN is also further subdivided into three layers: core layer, convergence layer and access layer.

Nowadays, we all have fiber optic Internet access, and every household has ONT (Optical Network Terminal). ONT belong to PON (Passive Optical Network) system. PON system belongs to the access layer of metro network, and PON, to be frank, is to turn one fiber into uncountable fiber to realize the “optical connection” of thousands of households. You may think of routers. Router is also the role of distribution and aggregation, a network cable into uncountable network cables.

PON is the bottom system, it is only responsible for light, only responsible for delivering light to your home. In other words, it just connects the water pipe to your house, but there is no water in the pipe. To have water, you must first go to the water company to open an account. Without BRAS, the operator cannot identify the user, determine the user’s authority, or bill the user.
After all, where exactly is BRAS? As shown in the figure below, BRAS is generally deployed in the core layer of MAN. Nowadays, the popular layering method will also call the layer where BRAS is located as service control layer. 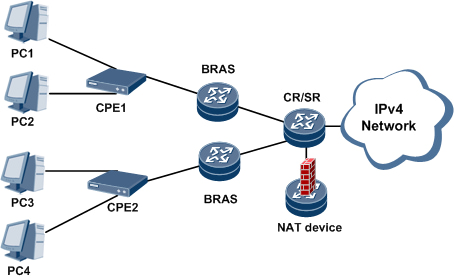 If users want to access the Internet, they must first make sure that the optical path of the PON is OK. Then, between the optical cat (which can also be a wireless router) and the BRAS, a PPP session is established.

Once a PPP session is established, users can access the Internet. The PPPOE we talked about earlier is PPP over Ethernet (there was also PPPOA, or PPP over ATM).
It is worth mentioning that as the performance of the device improves, the positioning of BRAS has changed a bit in addition to the change in form. The BRAS and SR (Service Router) that we saw together earlier, the device functions are gradually converging into MSE (Multi-Service Edge) or BNG (Broadband Network Gateway). This is also some form of amalgamation.

Thanks for reading. If you have any questions, please feel free to contact: [email protected]

What is the CWMP?

Have you heard of CWMP? But I think you must have heard of TR-069. As many optical network service... read more

As a supplement to the ONT basic knowledge, I began to introduce a series of basic Wi-Fi knowledge. Today, I... read more

Huawei VS. ZTE VS. Nokia OLT

Huawei, ZTE, and Nokia are the world’s three largest network equipment manufacturers. They all have similar product lines in... read more