Today, I would like to present a little about the ethernet cable and the RJ-45 connector.

The purpose of this article is to introduce the ethernet cable and the RJ-45 connector.

Not every Ethernet cable is the same. Also known by the name of the RJ-45 connector, these cables are divided into categories, each with specific speed and performance. So choosing the right cable will make a difference to your Internet connection, whether it’s a home network or a business network.

8P8C is a modular connector used in telecommunication terminations and popularly called RJ45. This connector is best known for connecting Ethernet cabling each having 8 conductors like H903MPLB supports interfaces CON (RJ-45), ETH (RJ-45), ESC (RJ-45), and the SFP-1000Base-T connecter type is RJ45. 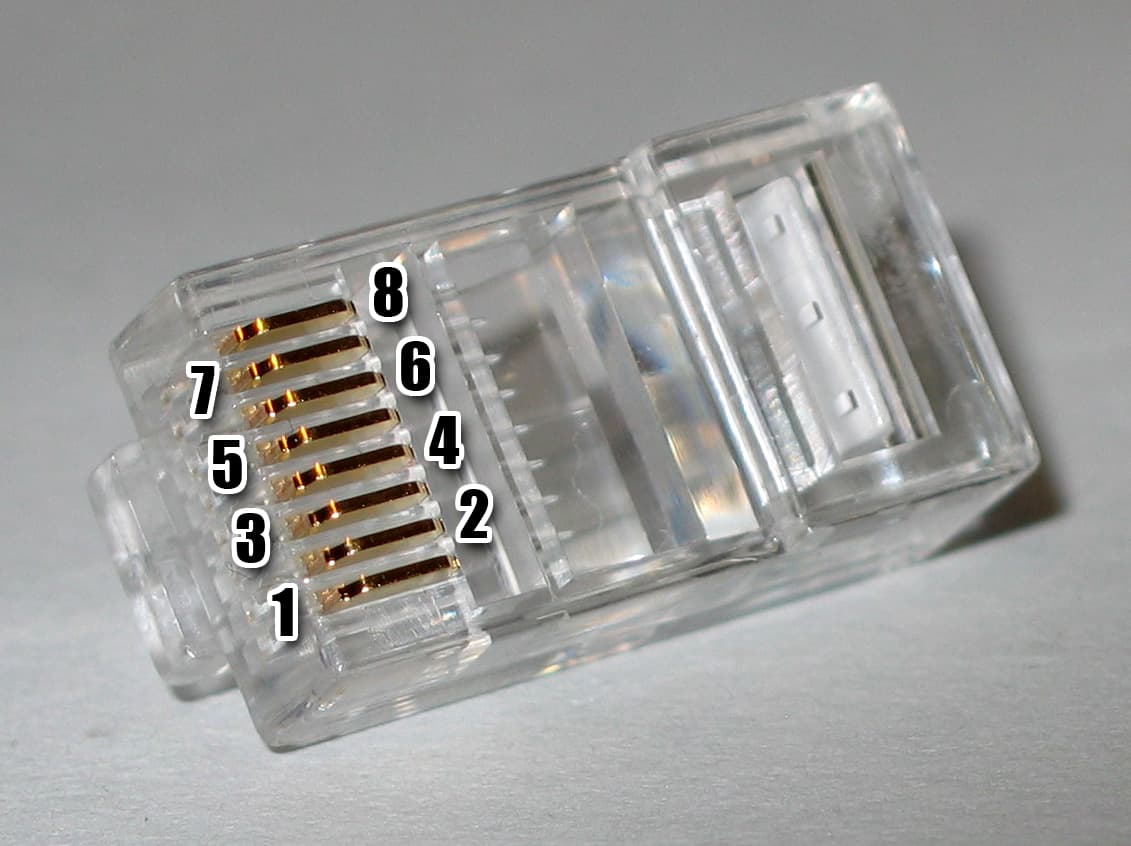 What is 8P8C connector?

8P8C is a modular connector used in telecommunication terminations and popularly called RJ45. 8P8C connectors are commonly used on twisted pair cable. These connectors are often associated with RJ45 plug and jacks. Although widely used in the market, the RJ45 technical terminology would technically be incorrect, because in the RJ45 specification standard the mechanical interface and the electrical installation scheme are different.

This connector is best known for connecting Ethernet cabling each having 8 conductors. Since approximately 2000, it has been used as a universal connector for cables that make up an Ethernet network, but it has other uses as well.

8P8C connectors have replaced many older standards because of their smaller size and ease of plugging and unplugging. Older connectors were often used because of old high current and voltage requirements.

What is Ethernet cable?

The Ethernet cable, or RJ-45 cable, as it is also known, is a network cable used to make the connection through wires. It can be used in different places, such as residences and commercial establishments, for example.

You may have seen this cable in your own home. They are usually installed from the distribution point to the home’s main router. And it is through the router that the Wi-Fi signal is sent so that wireless connections can be made.

Until a few years ago, the internet connection was made exclusively by cables. As the speed of the internet and equipment such as routers did not have advanced technologies, the cable was the only connection.

But, nowadays, there are still many people and organizations that keep cables as their main connection. Even whoever writes this text uses the internet via cable.

WiFi access completely disabled on ONT through U2000 (VAS profile)