Differences Between managed and unmanaged switches

Differences Between managed and unmanaged switches

1. Flexible use, plug and play.

2. The price is cheap, saving money.

1. Non-manageable switches have limited functions, suitable for small networks, and have major limitations on network upgrades/expansion.

2. Does not support ARP protection, MAC address binding, and VLAN division. It is prone to broadcast storms, flooding, etc., which can lead to network paralysis.

3. Does not support flow control.

4. The reliability of data transmission is poor, and packet loss is serious.

1. The networking is flexible and applies to large and medium-sized networks. The port is flexible, and different interface types can be selected according to the application of the network: such as SFP, GE, etc.

5. Support SNMP, Web, Telnet, SSH functions, which can be managed through network management software, and can also be accessed remotely to increase network security and controllability.

2. Compared with non-manageable switches, the operation is more complicated and requires configuration. 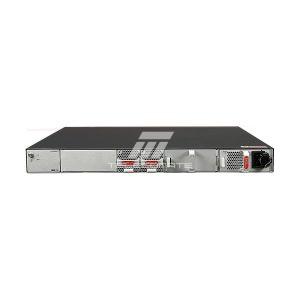 That is all I want to share with you!

Difference between 5G and Wi-Fi 6

Recently, I've found a lot of discussion on forums about 5G and Wi-Fi 6, and a lot of people... read more

How to configure OLT VLAN

Hello, everyone! In today's article, I will briefly explain VLANs for access networks, and after that, I will show the... read more

The OLT Cannot Be Added to NCE

Hello everyone! Today I'd like to share a case with you about the issue that the OLT cannot be added... read more