Backplane bandwidth, also known as switching capacity, is the maximum amount of data that can be throughput between the switch interface processor or interface card and the data bus, which is like the sum of the lanes owned by the overpass. Since all communication between ports needs to be done through the backplane, the bandwidth that the backplane can provide becomes the bottleneck when there is concurrent communication between ports.

The calculation formula is as follows

Backplane bandwidth = number of ports × port rate × 2
Tip: For Layer 3 switches, a switch is qualified only if both the forwarding rate and the backplane bandwidth meet the minimum requirements, one without the other. 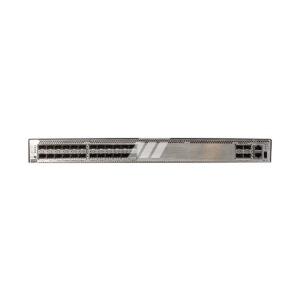 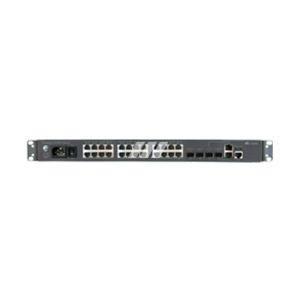 The packet forwarding rate of Layer 2 and Layer 3

The data in the network is composed of individual packets, and the processing of each packet consumes resources. Forwarding rate (also known as throughput) is the number of packets that pass through per unit time without packet loss. Throughput is like the traffic flow of an overpass and is one of the most important parameters of a Layer 3 switch, signaling the specific performance of the switch. If the throughput is too small, it can become a network bottleneck and negatively affect the transmission efficiency of the entire network. The switch should be able to achieve wire-speed switching, where the switching rate reaches the speed of data transmission on the transmission line, thus maximizing the elimination of switching bottlenecks. For a Layer 3 core switch, if you want to achieve non-blocking transmission of the network, this rate can ≤ nominal Layer 2 packet forwarding rate and rate can ≤ nominal Layer 3 packet forwarding rate, then the switch can achieve wire speed when doing Layer 2 and Layer 3 switching.

Then the formula is as follows

For a switch with 24 Gigabit ports, its full configuration throughput should reach 24 x 1.488 Mpps = 35.71 Mpps to ensure non-blocking packet switching when all ports are working at wire speed. Similarly, if a switch can provide up to 176 gigabit ports, then its throughput should be at least 261.8 Mpps (176 x 1.488 Mpps = 261.8 Mpps) to be a true non-blocking fabric design.

So, if the above three conditions (backplane bandwidth, packet forwarding rate) are met, then we say that the core switch is truly linear and non-blocking.

Generally, a switch that meets both is a qualified switch.

Backplane relatively large, relatively small throughput of the switch, in addition to retaining the ability to upgrade the expansion is the software efficiency / special chip circuit design is problematic; backplane relatively small. The switch with relatively large throughput, the overall performance is relatively high. However, the backplane bandwidth can be trusted the manufacturer’s propaganda, but the throughput can not be trusted the manufacturer’s propaganda, because the latter is a design value, the test is very difficult and not very meaningful.

Scalability should include two aspects.

Layer 4 switching is used to achieve fast access to network services. In Layer 4 switching, the decision of transmission is not only based on MAC address (Layer 2 bridge) or source/destination address (Layer 3 routing), but also includes TCP /UDP (Layer 4) application port numbers, and is designed for high-speed Intranet applications. Layer 4 switches support transport flow control based on application type and user ID, in addition to load balancing capabilities. In addition, the Layer 4 switch is placed directly on the front end of the server, and it knows the application session content and user privileges, making it an ideal platform for preventing unauthorized access to the server.

Using HSRP and VRRP protocols to ensure load sharing and hot backup of core equipment, when one of the core switches and dual convergence switches fails, the three-layer routing equipment and virtual gateway can be switched quickly to achieve redundant backup of dual lines and ensure the stability of the whole network.

Recently, we received a lot of inquiries about FLHF board, have you known the PON board? What’s the functions... read more

What is the CWMP?

Have you heard of CWMP? But I think you must have heard of TR-069. As many optical network service... read more