The IEEE 802.11 protocol has experienced its 20th anniversary since its initial setting. The latest 802.11 protocol is the 802.11ax protocol. Today, I would like to share with you the overview and research progress of the protocol. let’s start.

802.11ax is a further extension of the wireless LAN protocol itself after 802.11ac, and can be regarded as a direct version after ac. The Wi-Fi Alliance calls it Wi-Fi 6, also known as High Efficiency WLAN (HEW). By the way, HN8546X6 is WIFI6 ONT, if you are interested, please click the link for more details.

Its initial naming code is HEW (High Efficiency WLAN), which started in 2013. Currently in November this year (2016), the protocol should have launched Draft 1.0.

802.11ax usage scenarios focus on Dense User Environments, which are different from previous protocols.
The evolution of 802.11a/b/g/n/ac generally focuses on the single-AP network to improve the throughput of the physical layer to improve the overall rate of the network. The initial design scenario of 802.11ax focuses on dense environments. In other words, its initial design ideas will be different from traditional 802.11. Moreover, the design of 802.11ax does not add a larger bandwidth than the current 160M bandwidth of 802.11ac (in fact, it is also impossible to find a channel with a larger bandwidth under the 2.4G and 5G spectrum resources). Therefore, the efficiency of the HEW named by the protocol also hopes to use the current frequency band resources more effectively, thereby providing a higher actual network rate.

802.11ax requires compatibility with the previous 802.11a/b/h/n/ac, which also proves that it is the second protocol that can work in both 2.4G and 5G frequency bands (802.11ac only works in the 5G band). Therefore, in its data frame structure and MAC access protocol, it needs to be compatible with the design, so that the traditional protocol is compatible.

3. Higher transmission rate and coverage: In 802.11ax, the higher rate is reflected in the improvement of the PHY layer and the MAC layer. The specific improvements include the following: 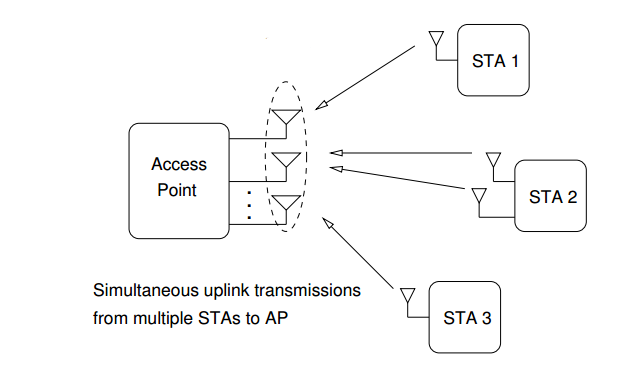 I hope today’s introduction will be helpful to you, thank you for reading.

Immediately after the last article, we continue to discuss the speed and signal problems of WiFi.   Why is your home... read more